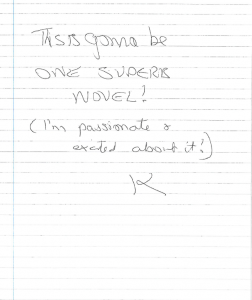 2 replies on “A Forest of Biro Marks”

Good to have the launch sorted early! That’s one hurdle dealt with – who cares if it’s not in the right order…

I didn’t say it was sorted yet, but then I haven’t the imagination to launch a book at Brooklands 🙂