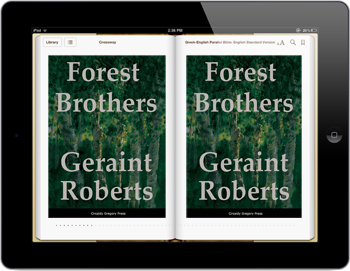 You can make a one off card purchase via paypal at no extra charge!

December 1918: The royal navy sends a squadron of ships to the fledgling Estonian nation to aid their fight for independence. When the squadron is due to depart, a young navy officer jumps ship, sacrificing his career for the love of a woman – but the navy reclaims its own. Huw Williams is dragged back to his homeland in disgrace.

Years later, the world is at war again. Huw is scratching a living on the docks when the past comes to call. He is flung into covert operations in a land caught between two armies, and a people living under threat of instant death or deportation to oblivion in Siberia. Huw soon finds out that killers are on his track.

He joins the Forest Brothers, the partisans living secretly amongst the silver birches of Estonia. There, ghosts of his past life emerge. This is not the return to romantic dreams he had imagined. Nevertheless, an old flame rekindles, and the once embittered Huw rediscovers his desire to help save the country and the people he loves – but how can he do either, forced to live as a fugitive in the forest?

There are no reviews yet

Be the first to review “Forest Brothers e-Book” Cancel reply 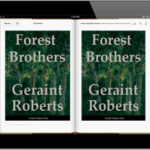